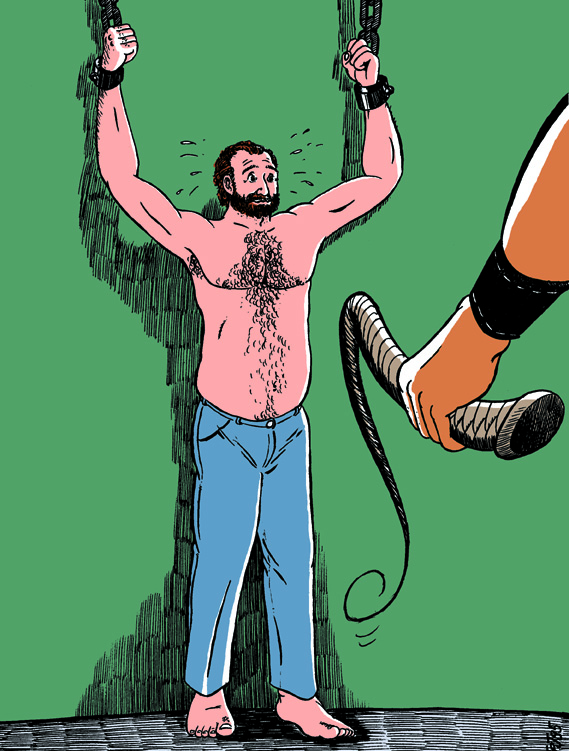 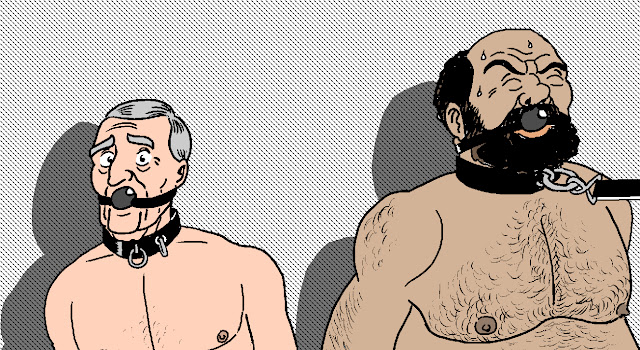 How many hours had it been since Mark had been brought to the cell? The older businessman had lost all sense of time since he had been left in the bare little concrete cubicle. There was another man there, another prisoner, a big burly bear of a man, manacled and gagged just like Mark had been. By then, Mark knew for sure those men who had brought him here were not the policemen they had pretended to be.

Want to read and see more? It's all in Dragged Away, one of the October posts on my Patreon. For a single-tier price of $2.00 a month, people who support me on Patreon get to see at least 6 such exclusive posts a month.
Posted by Jeryn at 14:26 No comments: 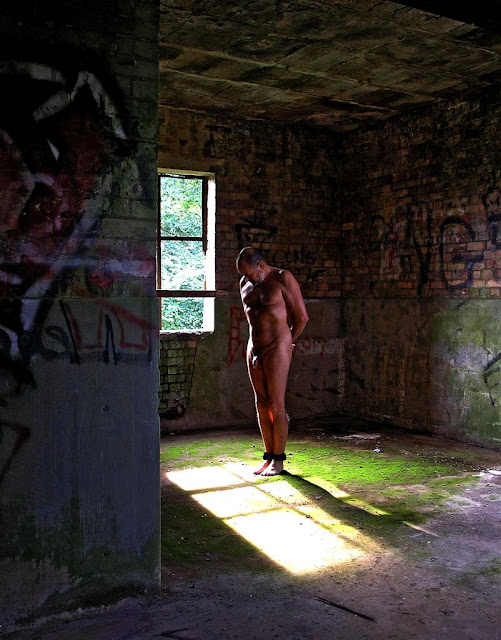 I've been a member of DeviantArt under the name Jeryn75 for a while now and I've found that there were other members who were into posting drawings, photographs or stories about mature men tied up. One such member is Devoisback, who specialises in photography. His gallery is certainly worth checking!

This is a detail from Three's Company, the new image and short story posted on my Patreon. It costs only $2.00 a month to support me on Patreon and that gives access to pictures that are too NSFW to post here.

More Stuff On My Patreon 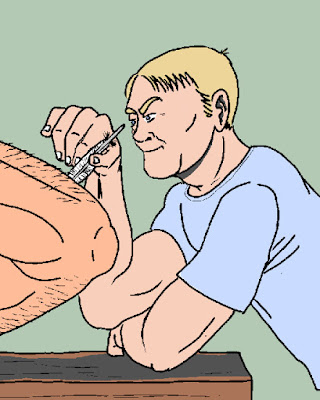 This is a teaser image from the latest post on my Patreon, Jeryn75. It's an excerpt from Strict Hogtie, a drawing and short text about Joe, a mature bearded daddy type who was tired of always being the one in charge with younger guys, and met Kieron, a young man who very much liked to be in charge. Joe certainly got more than he bargained for! Supporting me on Patreon only costs $2.00 a month and gets you a minimum of six images a month. That's content exclusive to Patreon that isn't posted on my DeviantArt or Tumblr pages.

Whatever Happened to the Biker? 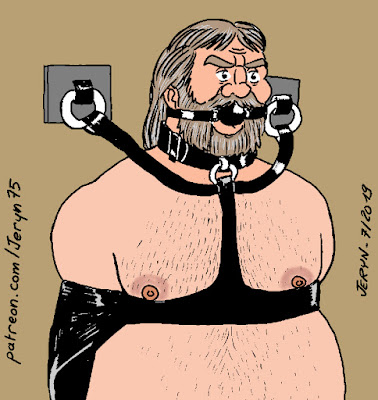 Remember Reb, the biker from Biker Kidnapped and Biker for Sale? Ever wondered what's happened to him after he's been put up for sale? Well, the answers are in Meeting the New Owner, the new post on my Patreon. It costs only $2.00 a month to become my patron - a real bargain if there ever was one!

What's up on my Patreon?

Well, a lot, as it turns out, since last I wrote. The gentleman above is Another Prisoner in the Garage and we do know by now that being a prisoner in the garage is only the beginning of an older man's tribulations. You can become my patron for only $2.00 a month which gets you access to all the published drawings and comics (28 at the time of this writing) plus my eternal gratitude for being a discriminating patron of the arts.

A Sailor in Bad Straits 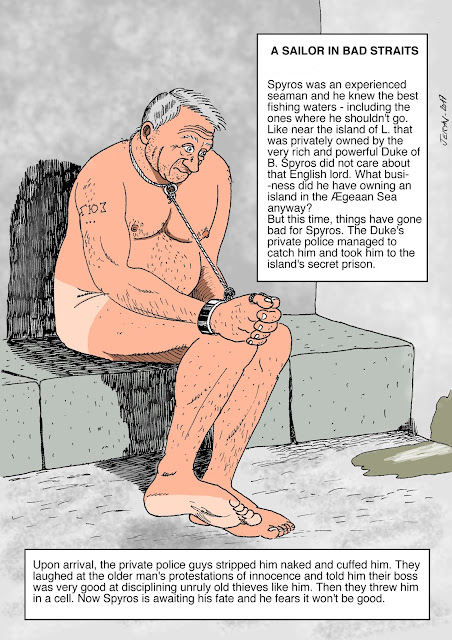