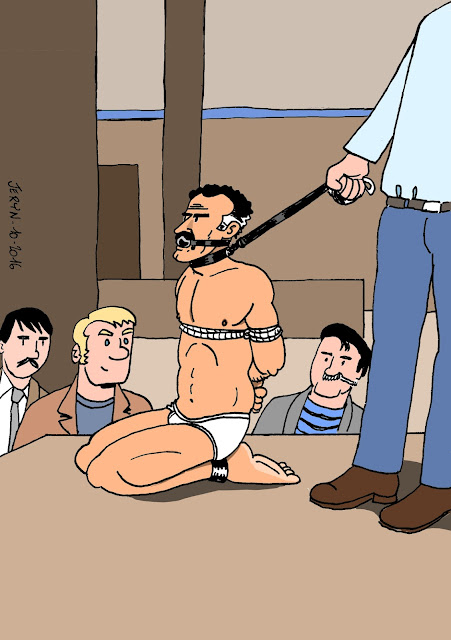 When the political situation had become too tense in his middle-eastern country of origin, Rasheed had decided it was safer to emigrate to Europe and quickly. So he didn't have much of a choice as to the means - he'd heard the network he had got in touch with had a nasty reputation of selling women into prostitution but he figured he was a middle-aged man and would be safe enough. What a mistake! In Europe, he was taken to a remote country area to be sold as a sex slave to men. Too late, Rasheed had realized that his well-toned body and eastern good looks made him very attractive to some people. And now here he was, in his underwear, being eyed by prospective buyers, like a piece of livestock. From their looks, the way they spoke and the way they dressed, they seemed to be peasants. In his native country, Rasheed had been a well-paid civil servant, with nothing but contempt for peasants. How the mighty had fallen!