Big Jack and the Preacher 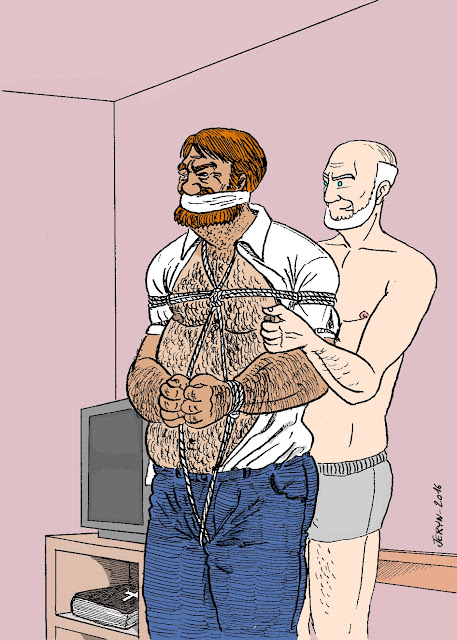 The guys at the motel had gasped when they saw Big Jack coming to a "meeting" with the preacher. The preacher had had "meetings" with many a man in the area but Big Jack was in another league entirely - a local businessman and tough as nails. What kind of hold could the preacher have over him ?
For Big Jack, the look on their faces had been the start of his humiliation. The guys at the motel knew him, of course - everybody in town did. Did they also know what the preacher did to the men he "met" at the motel? Big Jack dearly hoped they didn't.