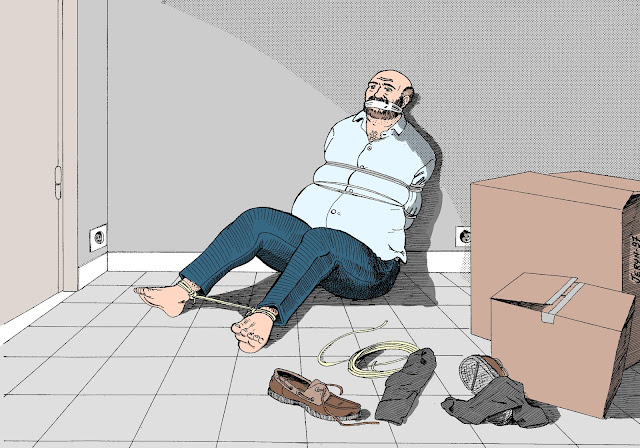 What had happened? The last thing Beto remembered was that guy coming into his bar, very late at night. The place was empty and Beto was about to close but the man had insisted he serve him a drink - and offered to pay for one for Beto too. Usually, Beto never drank at his bar, but it was near closing time anyway so what harm was there. After he'd had his drink, Beto had started to feel drowsy. Then he had blacked out. And now he had just woken up in his basement, bound and gagged.
Posted by Jeryn at 02:01 4 comments: